Guided tours set with a charging case based on the tourguide system Okayo WT-300G2. This is the second generation of the popular radio guide mode which includes additional practical functions needed by tourist guides. Warranty – 3 years.

The next generation of one of the most popular tour guide systems in the world. In addition to the improved shape of the device, Okayo engineers equipped the G2 with many practical improvements, such as a built-in microphone in the transmitter, a range loss alarm in the receivers, the selection of the automatic switch-off time of the receivers and display backlight. The WT-300 G2 still has the same impressive range (over 130 m), working time (over 25 hours) and number of channels (40) as its predecessor – with which it is fully compatible. The Okayo WT-300 G2 tour-guide system still uses analog transmission in the 863-865MHz band, which guarantees effective ranges and crystal-clear sound.

Both generations of the WT-300 can be used with disposable or rechargeable batteries. In the latter case, we recommend the purchase of the HDC-300 collective suitcase charger, which will accommodate 24 devices for charging or transporting at the same time. 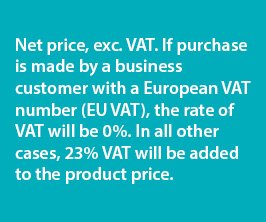